Mods / 1.19.30
201 888
23.09.22
+290
Could you withstand a world where hordes of zombies have taken over everything? Scavenge abandoned buildings for food, meds, and ammunition. Your gun is your best and most trustworthy friend. Be prepared to clatch in a fight with dozens of new types of zombies. Some have simply become faster, and some can explode like creepers.

What are zombies in a nutshell? It's regular people that have been infected with a virus. It would be logical to have zombies that look like doctors, police officers, or citizens in that case. 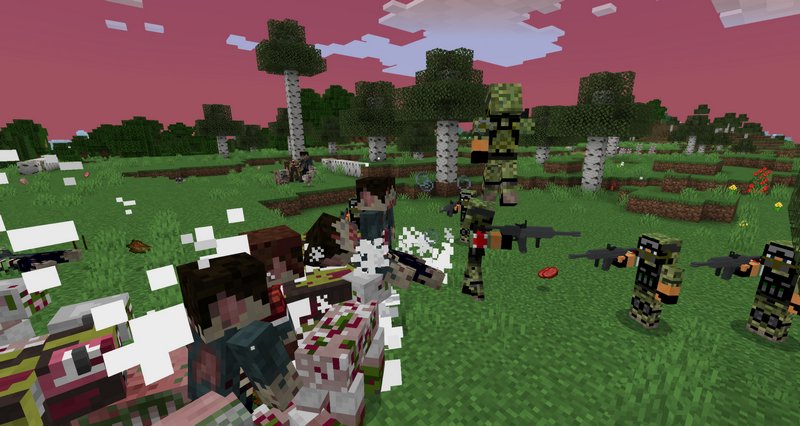 Zombie Horde is a phenomenon of those brainless creatures acting like a whole, like some kind of hive mind. They walk in the same direction, driven by an unseen force, destroying everything on their way. 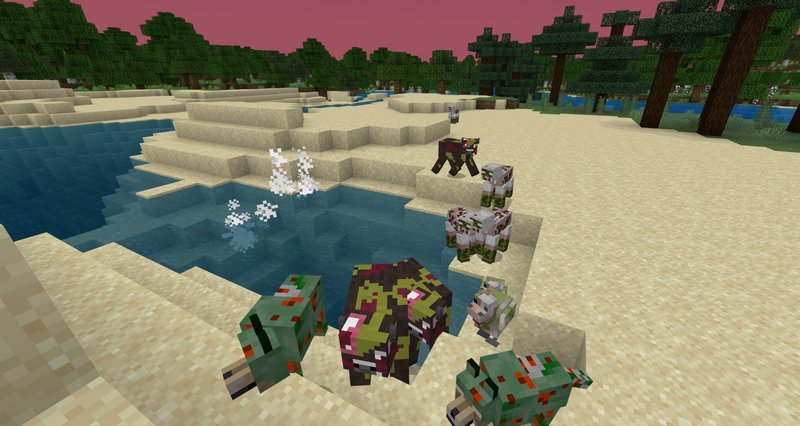 If humans can become zombies, animals should too. Zombie dogs have been a thing for quite a long time, but how about zombie cows? All animals inhabiting Minecraft will become subject to a zombie virus. 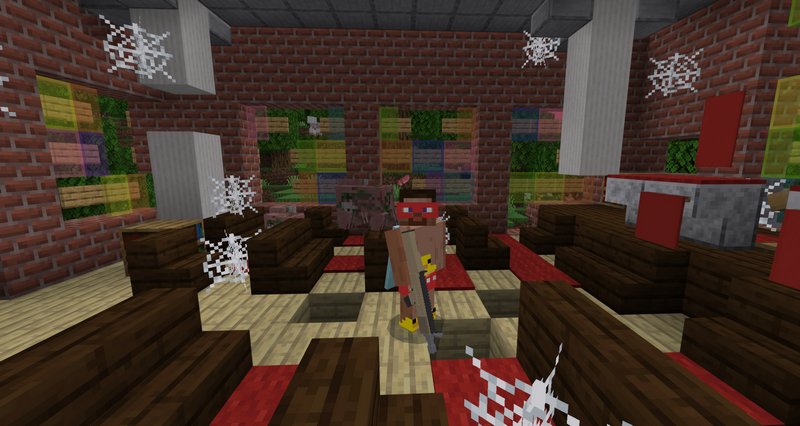 Dealing with a threat of that scale requires a modern approach. Search chests in abandoned buildings for guns and ammunition or craft it yourself. Utilize the power of assault rifles to deal with zombie hordes in seconds. All crafting recipes are included below on the page. 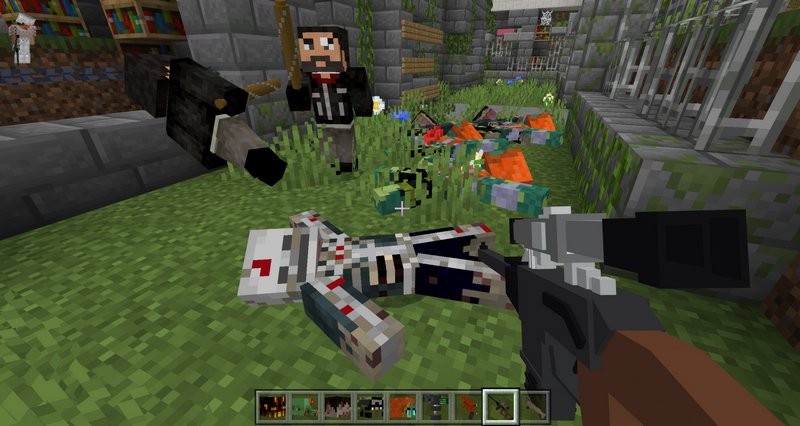 A killed zombie doesn't dissolve in the air right away. His body will be slowly rotting to the bones on the ground. You can collect some of the bones using a cleaver. 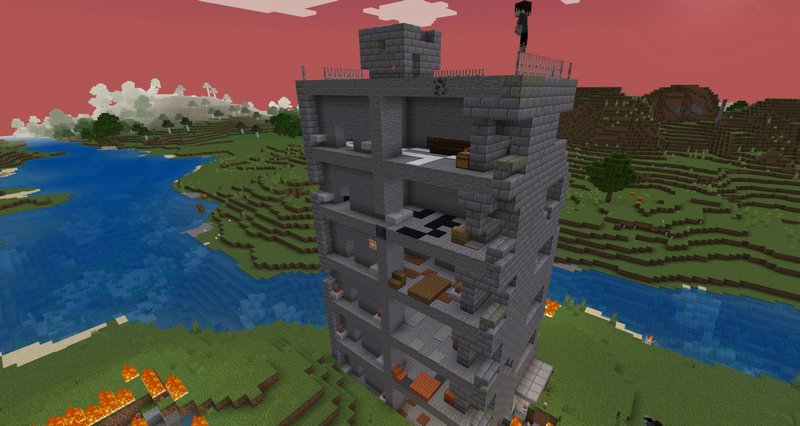 You will stumble upon many abandoned buildings during your play. Those were once inhabited by humans, but now they are infested with zombies.