Mods / 1.1.5
131 772
22.06.17
+168
I bet, there are a lot of Five Nights at Freddy's fans among us and they would love this addon for Minecraft PE. It basically replaces villagers with animatronics and makes them more agressive. You can tame animatronics by giving them pizza slices (Iron ingots), it will force them to follow and protect you. Put on any armor except the one made of leather and you can turn yourself into animatronic too, try to haunt your friends, make them scared. Almost every character from the entire FNAF franchise will be available, just switch between 6 resource packs to choose the right skins.

List of animatronics you can see in the game: 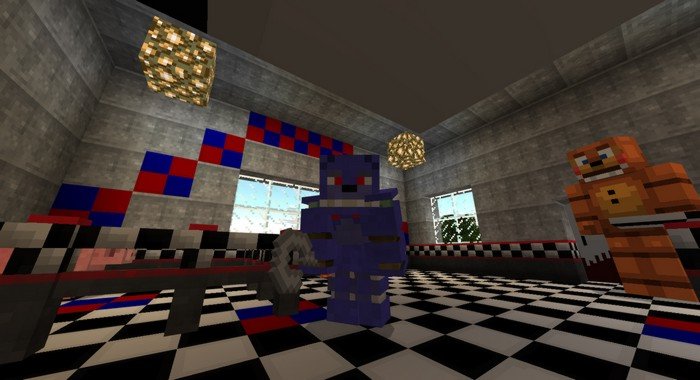 Animatronic costumes looks scary, you can craft them by making regular armor or they can drop from the killed animatronic, aside from that, Iron sword will be changed into cool looking Hook. 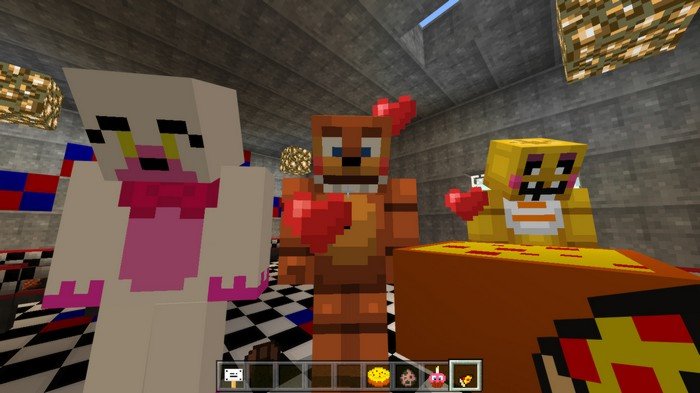 Addon changes a big amount of different items, but majority of them is only cosmetic and shows nothing new in terms of gameplay, still it makes a good impact on the atmosphere. 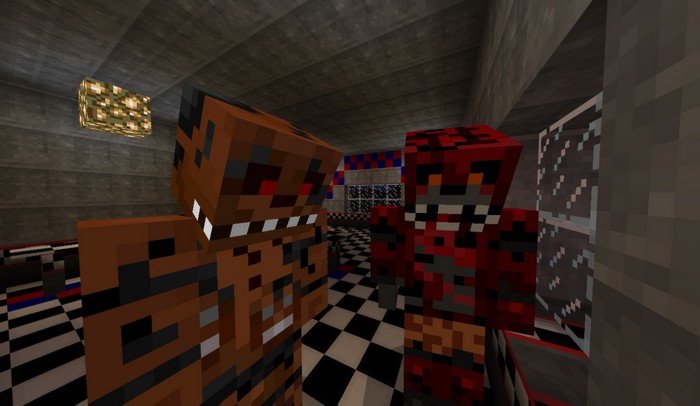 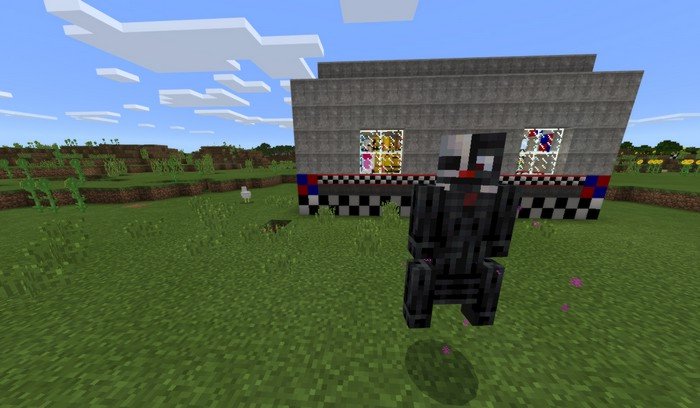 Ennard - is a boss that replaces Enderman, he will have no legs and he will float above the floor. It will be quite a challenge to defeat him, his attack damage is 50, not to mention he keeped the power to teleportate.