Mods / 1.16.201
9 597
18.07.20
+19
Sit behind the wheel of the combat helicopter Apache AH-64 using this addon for MCPE. You want to feel safe in the sky from Phantoms, or maybe you want to kill Ender Dragon - that's no problem for this helicopter. Arm it with miniguns that will automatically destroy any hostile mob nearby. 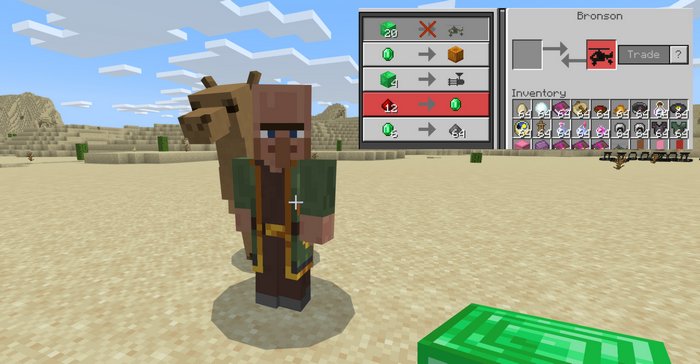 How to get a helicopter

Apache is selling by Wandering Trader called Bronson - you may want to look for him in a desert. The helicopter is not a cheap toy to play with, you will need to pay 20 emerald blocks for it, and four more for each minigun.

After you've bought a helicopter, you'll first need to fuel it using Nether Ingots - it may take a few of them. Just feed them to him.

Now you probably want to arm your Apache. You can load four miniguns on the chopper, but it's a bit tricky. First, you need to hop on the helicopter to switch it into a carry on mode. The next step is to get off Apache take a minigun, to point somewhere the edge of the wheel, and tap it. It may take a few tries to do this right. I've showcased it in the video, you can watch it to see how it's done.

Mods / 1.16.201
Lance Furniture addon
Lance Furniture is a small addon that allows you to have basic but functional furniture in MCPE.
31 089
+8
Skins
Minecraft YouTubers 700 skin pack
Every person that watched popular Minecraft Youtubers at one point wanted to have the exact same skin.
643
+4
Mods / 1.16.201
More Structures addon for Minecraft PE 1.16.201
Want to generate more structures in an empty Minecraft PE world - this addon does exactly that.
107 901
+81
Mods / 1.16.201
More TNT addon
Destroy your Minecraft world using the most fierce weapons ever created - nuke, hydrogen bomb, napalm, and more.
9 376
+6
UP