Seeds
28 417
8.07.17
+53
Here is our list of the Top 10 seeds for Minecraft PE 1.1.4 which will make your start easier. To use the seed, simply enter its digit number into the Seed field while creating a new world. Each seed was tested on the specified version, so it may not work properly on earlier or future version of the game. 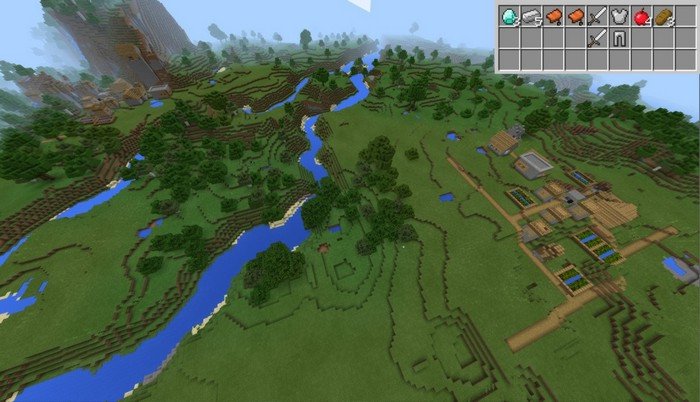 It is a good seed to start with, you can simply find two villages with blacksmiths and a decent stuff inside the chests: iron armor, swords, food and diamonds enough to craft a pickaxe. 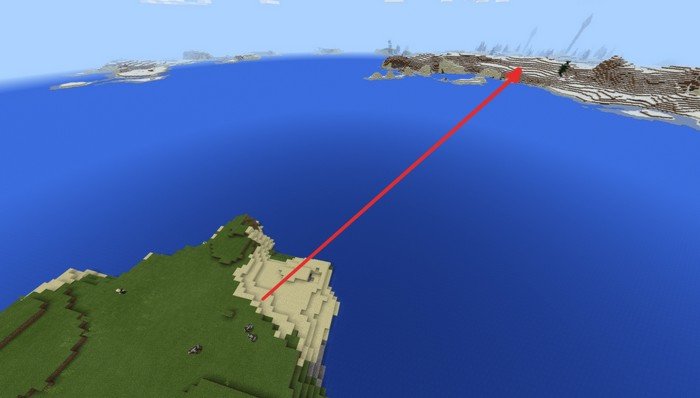 Ice Peaks is unique and rare biome, you can build a house in taiga biome with beautiful view on the peaks. 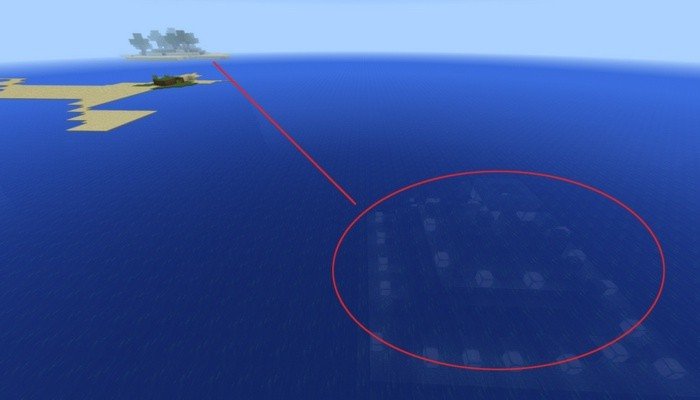 Ocean monument can be found only underwater which means a lot of trouble if you're not using the right seed. 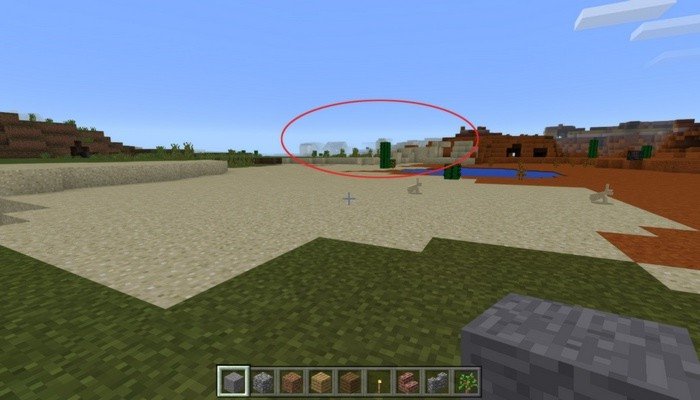 Stronghold can get you to the Ender portal and to the End, it's convenient to have it near by. To find a stronghold reach the village and jump into the well, then dig beneath you until you fall off.

5. Three villages and a dungeon on the surface 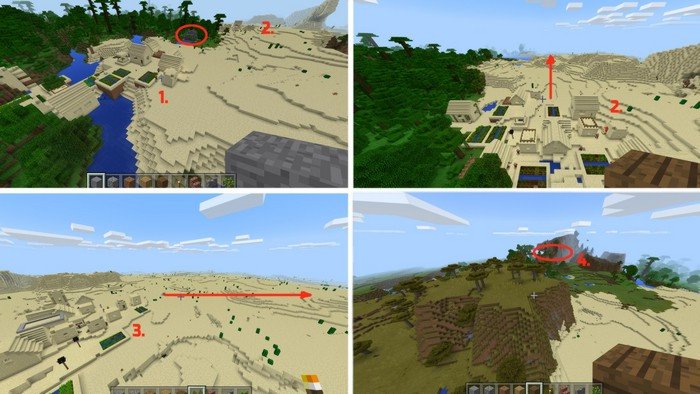 Villages is always a good find, even if there is no blacksmith, you can get yourself food, a shelter or trade with the villagers. 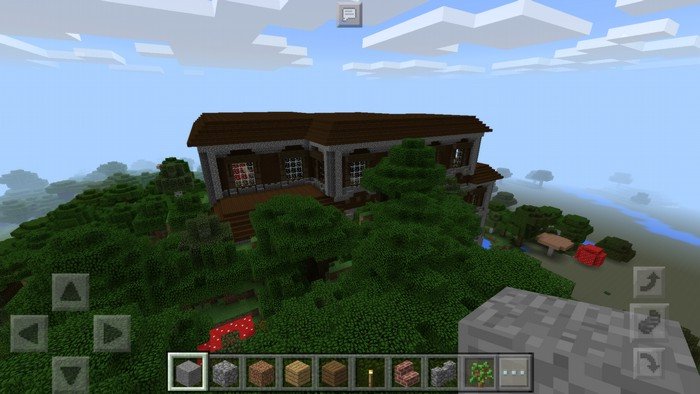 Woodland Mansion is another rare structure that spawns only in the forests, only there three new mobs can be met: vindicator, vex and evoker. 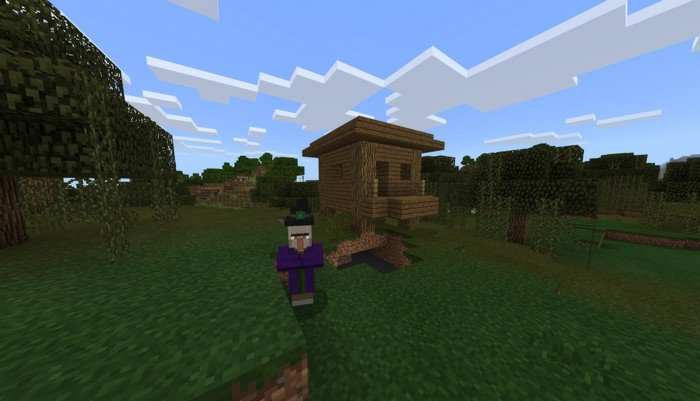 To find a Witch Hut move into the direction of 1 o'clock from spawn and after a minute you are on the spot. 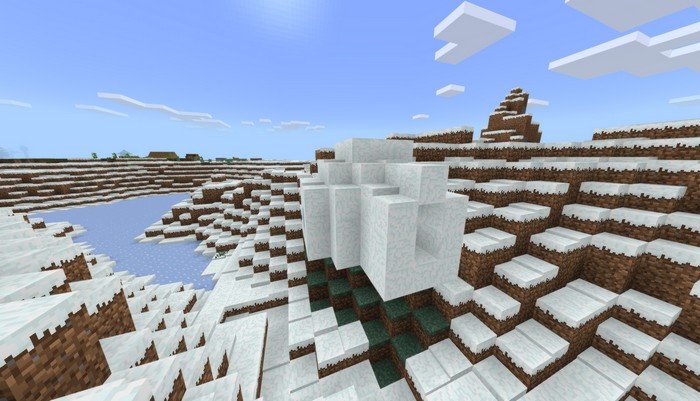 You will spawn facing right at the Igloo, there is also a village near by. 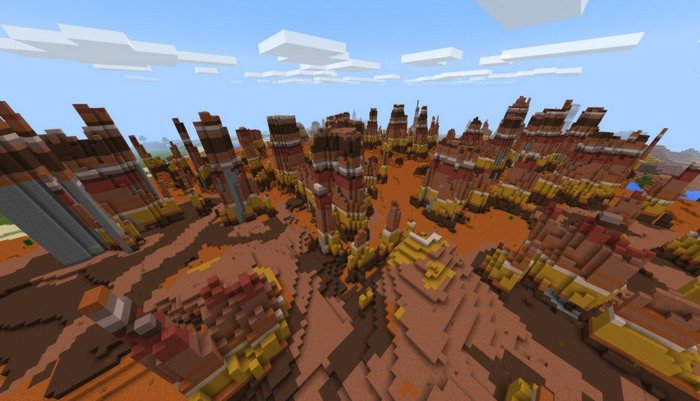 This unique biome is not even a real biome, it's just an example of how far Minecraft biome generation has go. 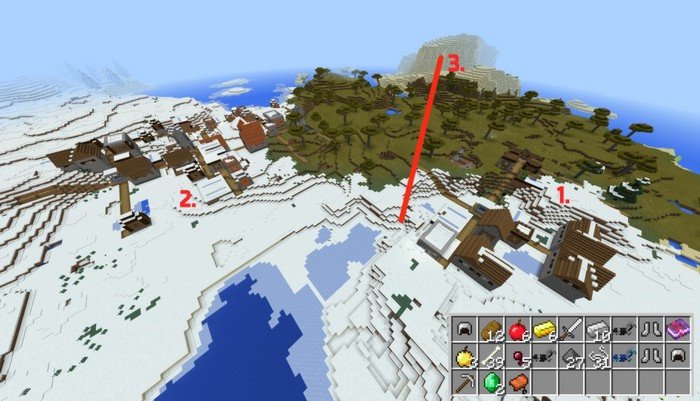 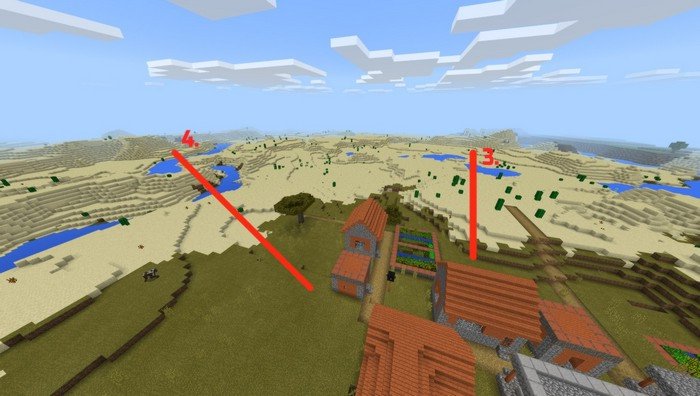 Our last seed has a crazy amount of stuff to discover: three villages, two temples and a lot of good loot.

Finding all spots may be a little tricky:

Mods / 1.16.201
Lance Furniture addon
Lance Furniture is a small addon that allows you to have basic but functional furniture in MCPE.
31 089
+8
Skins
Minecraft YouTubers 700 skin pack
Every person that watched popular Minecraft Youtubers at one point wanted to have the exact same skin.
643
+4
Mods / 1.16.201
More Structures addon for Minecraft PE 1.16.201
Want to generate more structures in an empty Minecraft PE world - this addon does exactly that.
107 901
+81
Mods / 1.16.201
More TNT addon
Destroy your Minecraft world using the most fierce weapons ever created - nuke, hydrogen bomb, napalm, and more.
9 376
+6
UP