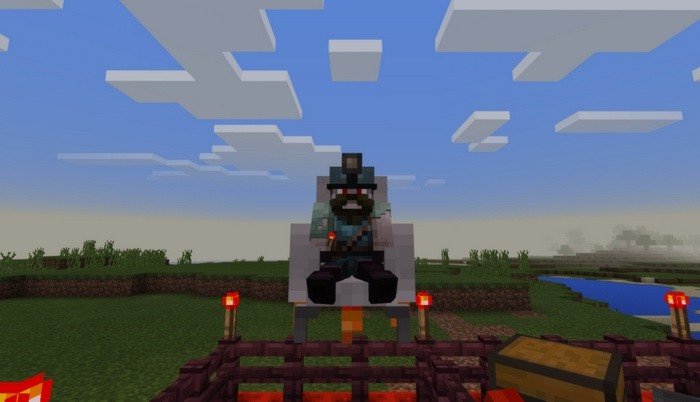 Flying Chair - Replaces chicken, allows you to ride it and jump up to the skies, the falling is slow. 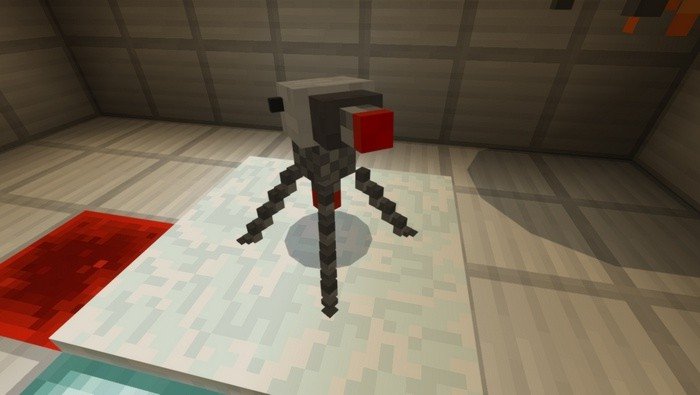 Redstone Turret - Replaces snow golem, automatically shoots arrows and snowballs at hostile mobs. It's a great thing if you're going to make fortifications around your house, but make sure to place it where mobs can't reach it or it will die fast.

Dispenser Robot - Replaces creeper, hostile towards hostile mobs, shoot arrows. It is almost the same thing as the Redstone Turret, except it can walk. Give him a dispenser to transform him into Dropper Robot, you can feed it with redstone and he will give valuable resources.

Redstone Motorcycle - Replaces the witch, you can ride it, controlled by holding redstone. This vehicle is the fastest way to travel in Minecraft PE and if you tap on the ground with redstone while you're mounted, you'll move even faster. 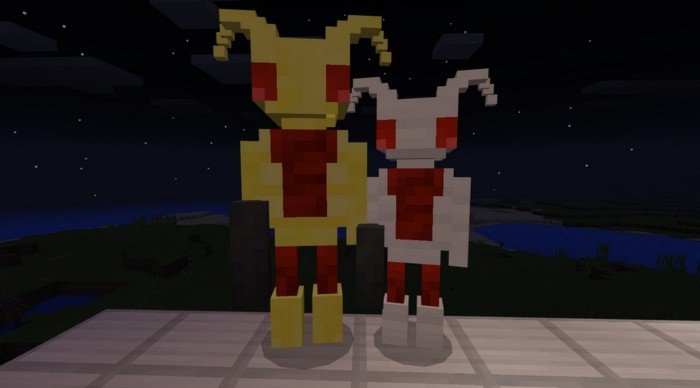 Redstone Destroyers - Replaces skeleton and stray, hostile towards a player and other mobs, shoot snowballs or fireballs. 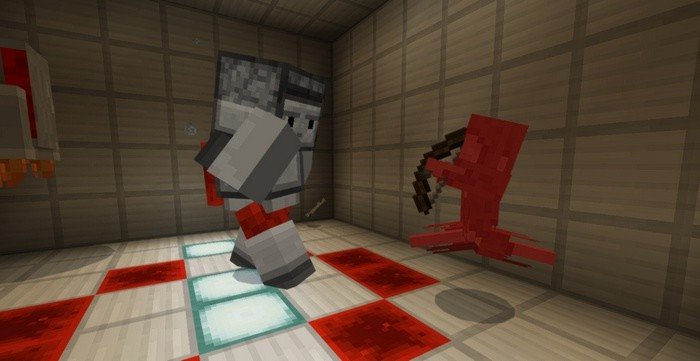 Redstone Robot - Replaces iron golem, will crush hostile mobs, defends player, explodes when he is out of HP 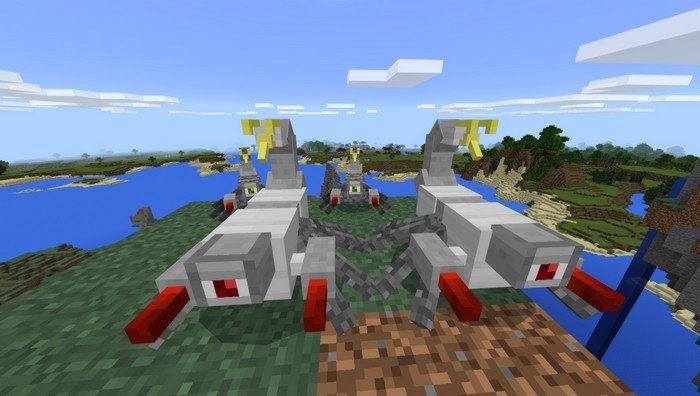 Auto Scorpion & Mega Auto Scorpion - Replaces spider and cave spider, the second one has 500 health and can be considered as boss. 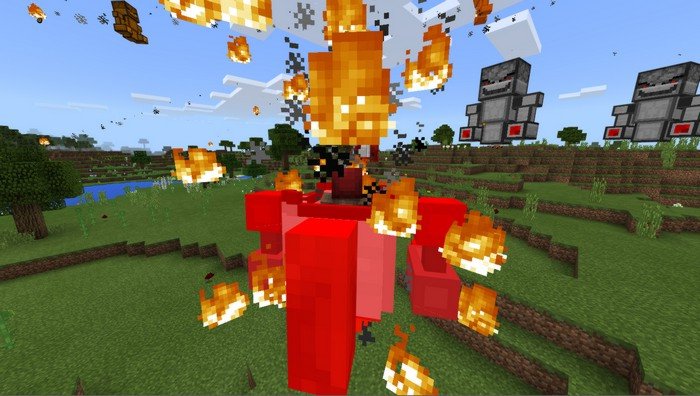 Protector Bot - Replaces blaze, you can ride it, it will automatically attack hostile mobs, allows you to withstand massive amounts of damage, you can heal it with redstone.

V Mechanic - Replaces the wither boss, the deadliest robot in the game, use Protector Bot to defeat it.

Octobomb - underwater bomb that will explode if you hit it, replaces a Squid.

Momotone and Kinotone - two new robots that will replace Guardians, the only difference between them and original mobs is a model.

Redstone Sword - replaces Fishing rod, effective weapon against robots, you can use its special power to stun a robot with electricity - make a long tap or push a special button.